Consulate General of the Czech Republic in Chicago

The Czechoslovak Consulate General in Chicago was closed down after the communist turnover in 1948. Our current office opened in 2006 with the mission to strengthen relations with 11 states of the Midwest and offer consular services (passports, visas, citizenship, etc.). We look forward to your visit! 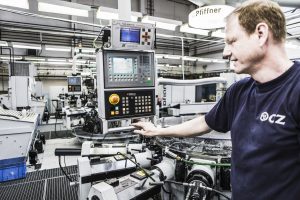 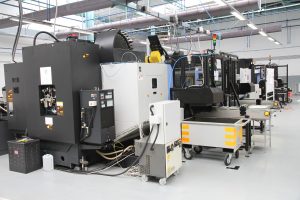 “This autumn, 100 years will pass since Czechoslovakia was formed in 1918. Though the state does not exist anymore, many of the ideas on which it was based remain alive. The First Czechoslovak Republic ranked among the ten most advanced economies in the world thanks to its strong industrial base. We continue to build on that tradition. CZ’s strong automotive, aero and firearms divisions make us the largest Czech exporter to the US. CZ is the only direct successor of the famous tradition of the Czechoslovak arms industry, the largest Czech company specializing in the development and manufacture of handguns and also one of the world’s largest producers in this field. The Czechoslovak arms base was built under the motto: A weapon in the hands of courageous defenders is the best guarantee of the nation’s freedom! We still serve as partners of Czech and other nation’s armed forces and police. We constantly bring out new products for the civilian market, support various shooting sports and also actively promote civilian defense projects. In essence, we are still, in many ways, committed to the principles, on which Czechoslovakia was founded 100 years ago. We are very proud to support the Czech Centennial Celebrations in Chicago!” 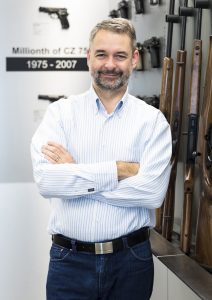 Lubomír Kovařík,
President & Chairman of the Board of Česká zbrojovka a.s.

“2018 marks major anniversaries for CZ-USA as well. 20 years ago, Česká zbrojovka found its home overseas in Kansas, just as many Czechs did since the 19th century. Today, tens of thousands Kansans still claim Czech ancestry and we have been proud to support their activities. This year we also celebrate the 50th anniversary of Dan Wesson that we are proud to have in our family. Our craftsmen there created a special pistol to commemorate the occasion. Our employees and customers deserve major thanks for helping shape CZ-USA into the company we are today.” 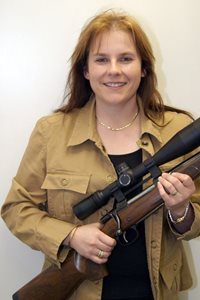 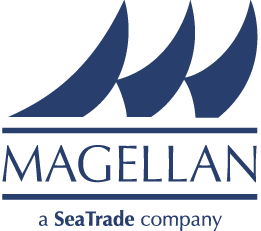 Magellan Corporation is a leading, independent, global distributor of high quality specialty steels as well as other metallurgical products. Established in 1985, the Chicago-based company offers the market a wealth of supply chain knowledge and technical expertise. As a socially responsible corporation, Magellan provides reliable product management for its suppliers and customers while benefiting the community as a socially responsible corporation citizen.

The company has done business in the Czech Republic (formerly Czechoslovakia) since 1987. It has a representative office in Kladno, the home town of Chicago Mayor Anton Cermak. The company has been involved as a sponsor of various Czech activities. In 2011 Magellan helped restore the Woodrow Wilson Monument in Prague. (The original was created by Albín Polášek and destroyed by Nazis during the occupation.) The company hosted the Czech delegation during the NATO summit in Chicago, the Czech junior hockey team’s Chicago visit, and many Czech governmental officials during visits to Chicago throughout the years. Magellan also sponsored the celebration of the 45th anniversary of Apollo 13 mission led by a legend of space exploration, Capt. James Lovell of Czech ancestry. Many thanks to Magellan and its President Bob Arthur for the continuous support! 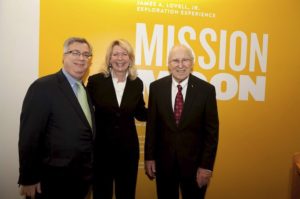 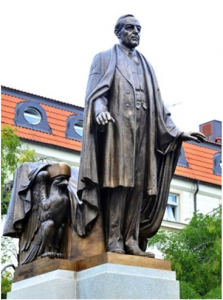 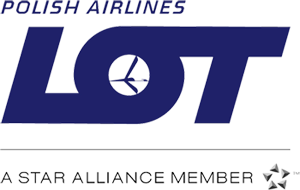 Now celebrating over 89 years of aviation history, LOT has improved its network schedule with shorter connections and more frequencies to increased destinations with a focus on Central and Eastern Europe, Asia and the Middle East via its hub in Warsaw. Our anticipated growth will see expansion double the size of the existing network through 2020.

LOT offers nonstop service from New York, Newark, Chicago and Los Angeles to Warsaw. Nonstop flights to Krakow from Chicago are now offered and in the spring of 2018 LOT is pleased to announce the launch of nonstop Newark-Rzeszow flights. In May 2018, LOT will launch connections from Warsaw to Singapore as well as from Budapest to New York City and Chicago.

LOT is proud to be the most rapidly growing carrier in Europe! 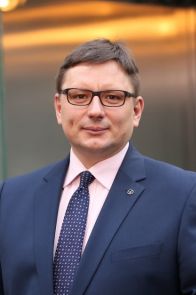 Rafal Milczarski,
CEO & President of the Management Board at LOT Polish Airlines

It seems impossible to list everything that Czechs and Poles have in common. We share similar cultures, history and even our languages are close. Not at least, just as Chicago once was the second largest Czech city, it held the same ranking among Polish cities. Many thanks to LOT, recipient of numerous awards, including Best European Airline from Global Traveler, for its support not only of the centennial celebrations, but also other major Czech projects in Chicago over the years, including Prague Days 2015 and Czech Beer Festival 2017! 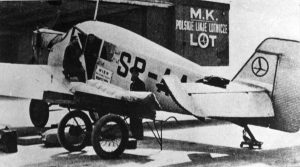 Lot has been connecting Prague and Warsaw for 72 years. 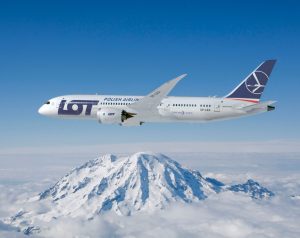 The Chicagoland Czech-American Community Center serves as a home away from home for Czech-Americans and other friends of the Czech Republic. Under the leadership of its founding President Ted Polashek, it provides space where all have the opportunity to learn, discuss and share ideas. The center promotes Czech-American cooperation in business, culture, education and other areas. You are invited to join the organization and /or make a donation to support its mission, including the great objective to give the Czech-American partnership a permanent home in Illinois. 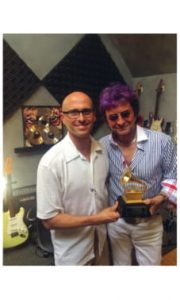 CzechTourism is a governmental agency, which promotes the Czech Republic as a tourist destination. Its US office, headed by Director Michaela Claudino, is located in New York.

In 1948, the communist turnover led Czechoslovakia into the Soviet sphere of influence. The strong ties between Czechs and Americans were cut off for four decades. The door to our reunion was only opened by the “Velvet Revolution” in November 1989, which brought about the fall of the communist regime. Prague and Chicago became Sister Cities in 1990. Since then the Prague Committee of Chicago Sister Cities International has cooperated on numerous projects aimed at enhancing our partnership, including Prague Days 2007 and 2015 festivals. For the last 15 years the committee has been chaired by Edward Dellin. Thank you!

Moravia is, together with Bohemia and Silesia, one of the three historical Czech lands. It is known for its rich culture, folklore traditions and beautiful costumes as well as internationally recognized wines. United Moravian Societies have been introducing this culture to Illinois since 1939. That year, the first Moravian Day took place in Pilsen Park. Many thanks to President Roman Bobčík and all UMS members for continuing the legacy in Chicagoland.

We honor the craft of brewing and understand the finest selection of ingredients as the ultimate essence of our beer.​

Good beer has been brewed in Bohemia since time immemorial. Therefore, when founding the city České​ Budějovice in Bohemia (Czech Republic) in 1265, the Czech king Přemysl Otakar II did not fail to grant​ to its burghers the brewing rights, i.e. the right for malting, brewing, storing and selling beer at their homes. The local beer became very famous for its high quality. In the course of the centuries, small home breweries​ were disappearing and the beer was brewed in larger facilities. In 1895, Český akciový pivovar was founded,​ whose current successor, B.B.N.P. brewery, carries on the local brewing tradition.​
In North America, the beer is now sold under the trademark „Czechvar“, which is derived from „Czech“ for the​ Czech Republic and „var“ which means brew.​
B.B.N.P. brewery lays emphasis on using the best ingredients: water drawn from 984 feet deep artesian wells​ located directly on the brewery´s premises, malt made from thoroughly selected Moravian barely, top-quality Saaz hops providing the beer with its typical slightly hoppy flavor. Exclusive 90-day long maturing period​ amplifies the beer’s exceptionality even more.​
www.czechvar.com

Czech minting has a history of more than a thousand years – our land was gifted not only with exceptional beauty, but also a wealth of silver. This silver was used by old craftsmen to make art that we admire to this day,​ and the Czech Mint is proud to continue in their tradition! We make not only all the circulating coins that​ jingle in Czech pockets, but also all Czech commemorative coins and many of our own commemorative and​ investment products from precious metals. Their designs carry a multitude of emotions and a thousand years​ of love for the craft…​

A mosaic of events that led to the establishment of a common state of Czechs and Slovaks about 100 years​ ago became the theme of the five-part miniseries of the Czech Mint “The Foundation of Czechoslovakia.” The gold ducats are dedicated to the Washington Declaration, Return of Tomáš Garrigue Masaryk to his​ homeland, Martin Declaration, Declaration of Independence and the establishment of the state as such.​ We are proud to present special commemorative medals to the guests of honor of the Czech Centennial Gala​
in Chicago.​

The traditional craft of printers and scribes has evolved in Czech lands for hundreds of years. Home to some of the first paper manufacturers, bookbinders, engravers, and printing masters of Europe, the hand production of​ these products was nearly lost in the 20th century. The inherited history of these artisans inspired us in 1995 to​ found a family company to produce hand-made paper.​

As time went by our production expanded to include​ traditional printing techniques. Our business grew and​ we soon set up operations in a spacious 17th century​ farm estate in the picturesque Podřipsko area of​ Bohemia. Our craftsmanship and individuality brought​ us success not only in our home country, but also​ abroad. We now send original hand printed products​ from the heart of Bohemia across the world.​
Printing on machines that are nearly one hundred years​ old, genuine craftsmanship and high-quality paper has​ become the basis of our work, the results of which you​ can both see and feel in the finished product.​